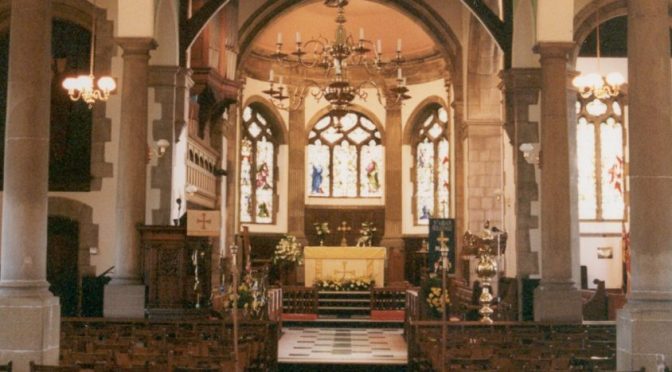 About 1539 the people of Billinge, who till now had had to travel into the centre of Wigan to attend the Parish Church, decided that they should have their own place of worship within the village. A chapel of ease was built, paid for by the inhabitants, which, according to Rev Wickham, was probably similar in size and design to those which were built at Rivington in 1540 and Langho in 1557. The church at Rivington has been modified since then, Langho is virtually unchanged but is no longer in use for worship. It was almost certainly very poorly furnished, for when the King’s Commissioners arrived in 1552 the only thing which they considered worth taking was the bell! 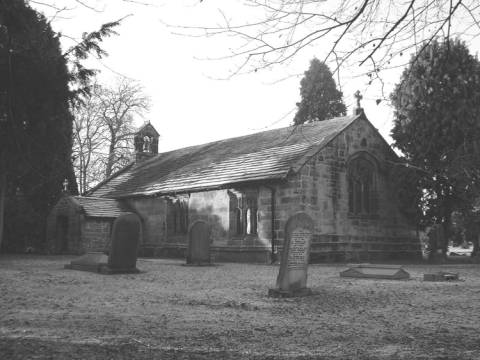 According to Rev Wickham’s booklet ‘Some Notes on Billinge’ the most likely site of this chapel was where the present Church of St Aidan stands. It is an impressive thought that the people of Billinge have worshipped God at this spot for more than 450 years.The sixteenth century was a time of great upheaval and confusion for the Church with the Church of Rome and the Church of England being ascendant in turn. When Queen Elizabeth came to the throne in 1558 Protestantism was finally established as the national religion but for many years after that there were problems in Billinge. The local gentry were mainly Roman Catholic and the chapel which had now become a Protestant institution was in poor condition and did not have an ordained minister.

By 1718 a new chapel had been built which was one of the finest in the area at that time. Unfortunately the name of the architect is not known though St James’ Church in Over Darwin, designed by Henry Sephton and built about 1720, is very similar. It is known that a James Skaesbrike was a prime mover in the construction of the new building, a memorial to his generosity can be seen on the South wall of the nave, and that the Bankes family also made an equal contribution. It is unfortunate but we know little about Mr Scaesbrike except that he was a Liverpool merchant who had relatives at Winstanley. The new church was a rectangular building with a small apse at the east end. 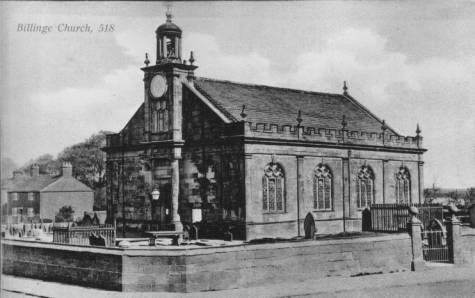 This chapel had a capacity of 200 at a time when the population of Billinge was only about 900, an expected attendance of more than 20% of the residents, we would need several extra churches to accommodate so many today.

In 1823 and 1824 the capacity of the church was increased by the addition of first the north and then the south galleries.

In 1907 a celebrated architect of the time, Mr T G Jackson RA, was employed to extend the church, the apse was moved eastwards and the choir and transepts were added. If one looks at the outside walls of the building the newer work is easily identified by the different stone used to supplement that already available. At this time also the side galleries and the box pews were removed, the oak panelling of which the pews were made was installed all round the church and is still to be seen there today, if you look closely you will see the marks left by hinges and catches from the old pew doors. 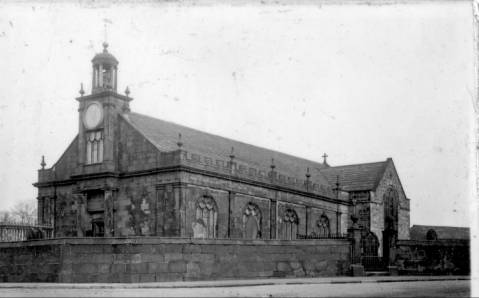 The village war memorial is located in St Aidans in the south-east corner of the nave. The names of all Billinge men killed in the two World Wars are recorded here. The church organ is a memorial to those killed in the Great War and in the graveyard are three graves of men who died as a result of the wars. The Remembrance Day service is held in St Aidan’s each year and new wreaths are laid on the memorial.

In the centre of the nave hangs a brass candelabrum, probably dating from 1718, and similar to those at Up Holland. Prior to electrification the church was lit by means of this and a number of oil lamps which were situated where the present electric lights are. Obviously, also at this time, there would have been none of the floodlighting we now have to illuminate the chancel. The church must have been very dark in those days.

There is a fine brass lectern, given in memory of Canon St George by members of his family in 1909. It is a copy of one given to York Minster in 1686, and replaces the earlier one which was melted down by the Puritans.

This list is not complete and does not include assistant clergy.

Not a part of St Aidans but surely associated at some time was Billinge Cross, mentioned in a document of 1555. It is thought that this cross was located at a boundary of the Winstanley estate. It’s location would have been at the junction of Main Street with either Newton Road or Beacon Road, both close to the church. The land around Billinge was formally owned by Cockersand Abbey and it was usual for boundaries of such properties to be marked with crosses. The cross was probably destroyed by Cromwells men though it could still be found one day by someone excavating for a new building or will it be found forming a lintel or stone step in one of the older stone buildings in the village. We will just have to wait and see.

We are an evangelical, Anglican Church and you are most welcome to join us in our services